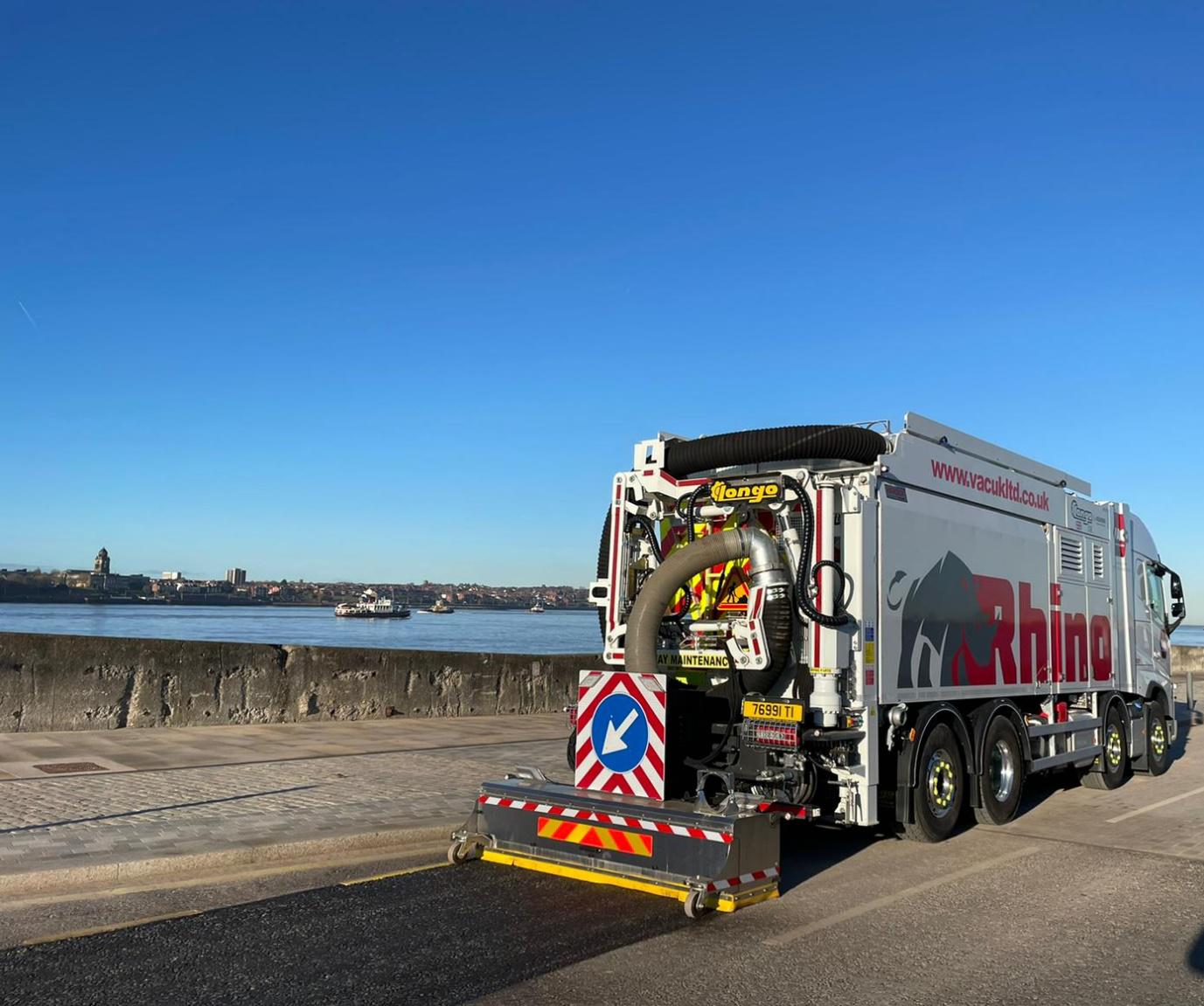 Rhino cleans up in Liverpool

A Vac UK Rhino vacuum excavators has been brought in to tackle road sweeping duties at Liverpool docks on behalf of John Sisk & Son Ltd which is working on the construction of the new Isle of Man Ferry Terminal.

The new facility is located within the Liverpool Waters regeneration scheme which is transforming 60 hectares of the city’s north docks.
Prolonged and heavy construction traffic had left an exceptional challenge in terms of the build up of mud on the road surfaces. It required the cleaning ability of the Longo Euroservice S.R.L Rhino, the most powerful twin fan suction excavator in the UK.

Sean Gallagher, general manager of Vac UK said, “The Rhino is certainly proving its mettle here – the asphalt looks like it has been freshly laid after only one pass.”
“It demonstrates the incredible versatility of the Rhino. On roadsweeping duties, the best in class power from the Rhino vac ex ensures a superior performance compared to a regular roadsweeper – that’s why it’s used to clean the Ferrari test track in Italy and many airport runways across Europe.”